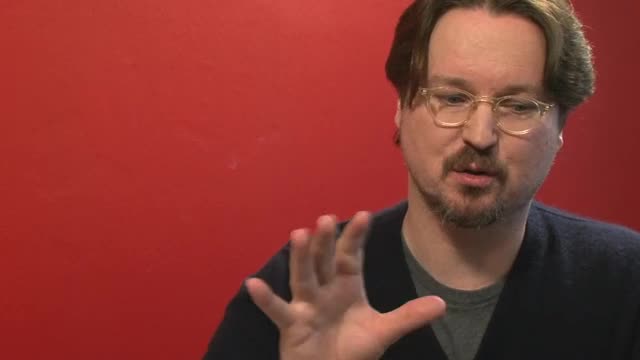 In the end of Hearts of Darkness, the great documentary that Hickenlooper about the making of Apocalypse Now, there is a great scene where Francis Ford Coppola says something I think like, I am paraphrasing, but essentially that... I think he loved the idea of democratization of cinema, the digital technology that he is talking about now, where people can literally film things on their phones. It is a sort of reversion of that. He was saying that he was hoping and believing that the next Mozart might be a fat girl from the mid-West with a video camera. The idea of how suddenly you can put it into the hands of everyone: The ability to tell stories.
The French New Wave was very much like that. It used to be that you had very bulky equipment, it was impossible to do anything outside of the studio system. And then with those 16 mm cameras, suddenly in France, film critics could suddenly stop just talking and being passionate about watching movies, they could start making movies, and start re-inventing cinema. And that, I think, has gone through a phase where it petered out to a degree, and now there is that opportunity again. It is funny because J.J. and I made these Super 8 films. But now if you look at what can be done on a laptop, what somebody can do with iMovie, with literally still cameras now, you can capture and you can tremendously high quality images, high definition images on very small cameras. Again, I was obsessed with Star Wars when I was a kid. And one time I found on the Internet that these kids had put together this lightsaber fight, that was so startlingly well done. As a kid, if I could have done that I would have been blown away. The possibility with the technology for what people can do is really astonishing. It potentially could be a revolution in terms of people being able to tell stories.
The question is always going to be though in what way will those stories then be delivered. And I guess the other thing about the paradigm is how will people make money in that process. The big thing about YouTube and obviously with the music business, and iTunes kind of stepped in, and that might be a model, it seems to be working but what happened to the music business? It changed traumatically and some people would say in a terrible way, because people who had a very stable living in that world were suddenly completely lost, because the old way of doing things is gone, and that is not coming back. And to some degree that will probably happen in movies, and it will be a big question to see what the... there is also an environment now where... you have a generation op people growing up who, and this is the genie out of the bottle on this, just feel that content is something that is in the air, that they deserve, that they not necessarily want to pay for, and I do not know how you get that genie back in the bottle. They feel like 'Wait a minute I can download that song, or we can share these songs, they feel they are all part of community, a net community. They do not relate to going to the movies, consuming that content in the same way that I did when I was growing up. That is just different. So now the question will be, and that is why people have said things like 'well, we are going to have advertising actually in the programmes themselves'. They are all old ideas like product placement but what is the model that is going to work.
The change that happened in the music business, I think is only starting to happen now in the television and movie business, it is going to be seismic, and I do not know what will happen. It is going to be very interesting to see what the new form is. People will always need storytelling, that is just the reality. But the question is in what form will you get it, and how it will be delivered to you, and how much will it cost to make and still be profitable. This big giant spectacle pictures, you understand that those can only be done under certain circumstances. And as long as an audience is interested in seeing them, those will still get made but what about other levels of entertainment? It used to be that dramas were the bread and butter of the studios and studios literally will not make a drama now. In fact most people will not make a drama. If you are going to make a drama, you are going to go out and you are going to make it digitally, you will have to make it for a smaller audience and for much less money. And that is the way things are now.